In earlier blog posts, I’ve talked about shooting during the magic hour, when the sun starts to set and your ambient light is finally in balance with your sky. Sometimes you get epic sunsets, and sometimes you get a smooth blue skies to work with. Most of the time during this hour, we head out with just one strobe or light, but this time, we were glad to have packed the Sima Video Light.

On a recent destination wedding in Cancun, we headed out with the bride and groom for some one-on-one shots before the reception. Not being blessed with an epic sunset, we decided to do a 180, and used the rocky beach. This first photo is the starting point. The back lighting adds drama, but it doesn’t cut it. The shadows are just too dark. 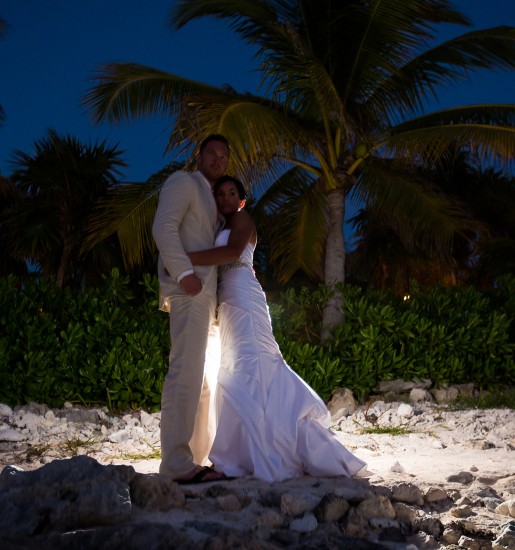 So I rotate the couple, allowing the light wrap around, which is better, but still not great. Why? The shadows are still just a bit too intense and this pose/lighting is just too cliche. We already had enough frames of them locking lips. However, I still like the scene and don’t want to forgo it just yet. 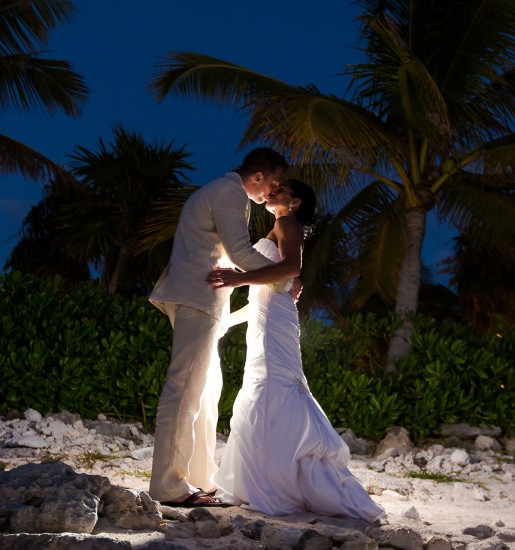 So, it comes time to break our one-light rule, and add some additional fill. For this, I asked Stacy to hand hold a Sima Video Light on the couple, opening up the shadows and giving a nice warm glow to them both. As you can see in this pullback shot, the Simas are small, but powerful. 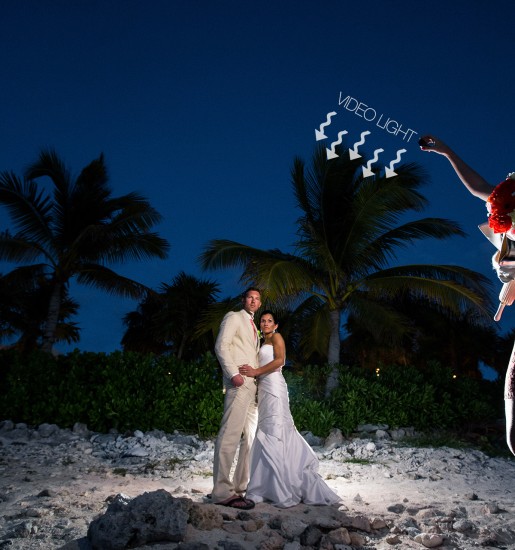 And then the final image, which was shot at 1/40th shutter with f/3.5 aperture @ ISO 2500. After that, the photo was given a contrast boost in Lightroom, but no brushing or tedious post processing was done to the image. 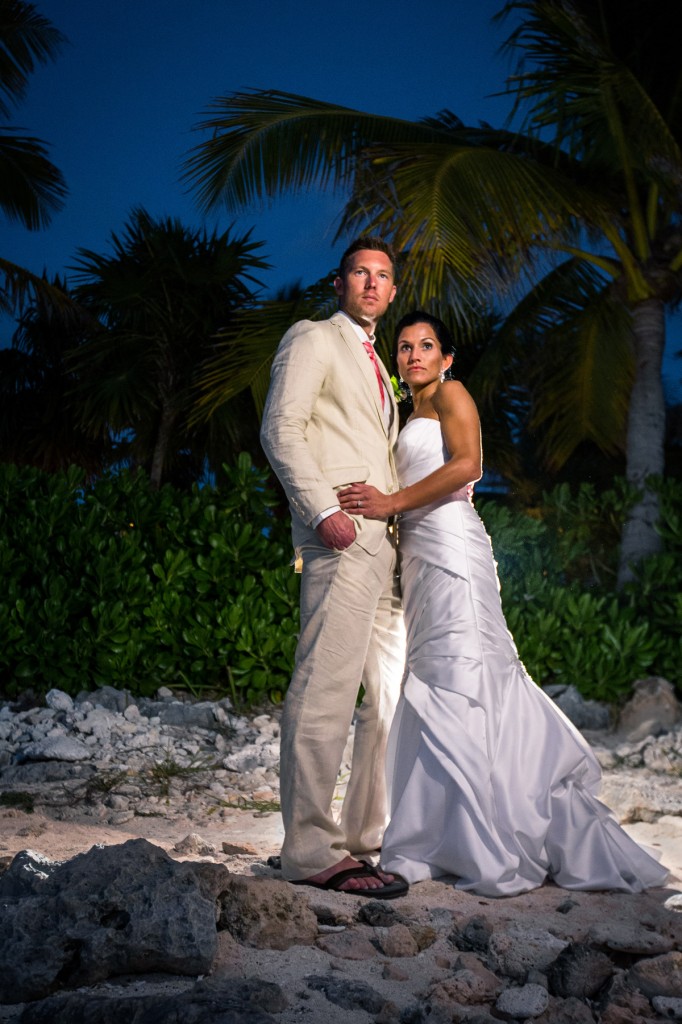