Every so often, we get beautiful snowfalls on not-so-cold winter days. This was not one of those days… but Nick & Lauren rocked their Breckenridge Winter Engagement from the beginning to the end. We began the shoot just behind the Stephen C. West Ice Arena in a beautiful cove of evergreens that were ever so lightly dusted with snow. After exploring the forest, we headed into the town of Breckenridge for a quick warm-up and cup of coffee.

Once the feeling returned to our extremities, we headed back out for a ride on the Breckenridge Gondola, dropping us off at the base of Peak 8. In order to keep from freezing, we tried to stay active, which involved a few springs up the ski runs and lots of hugging and cuddling. On our way back down, we made a quick stop at the Independance Super Chair, when we discovered an untouched run, also known as “8 inches of freshies,” if you are asking Trent.

We had a blast with these two and cannot speak highly enough of their resolve to push through below freezing temps. We’re looking forward to your Tenmile Station Wedding this summer. 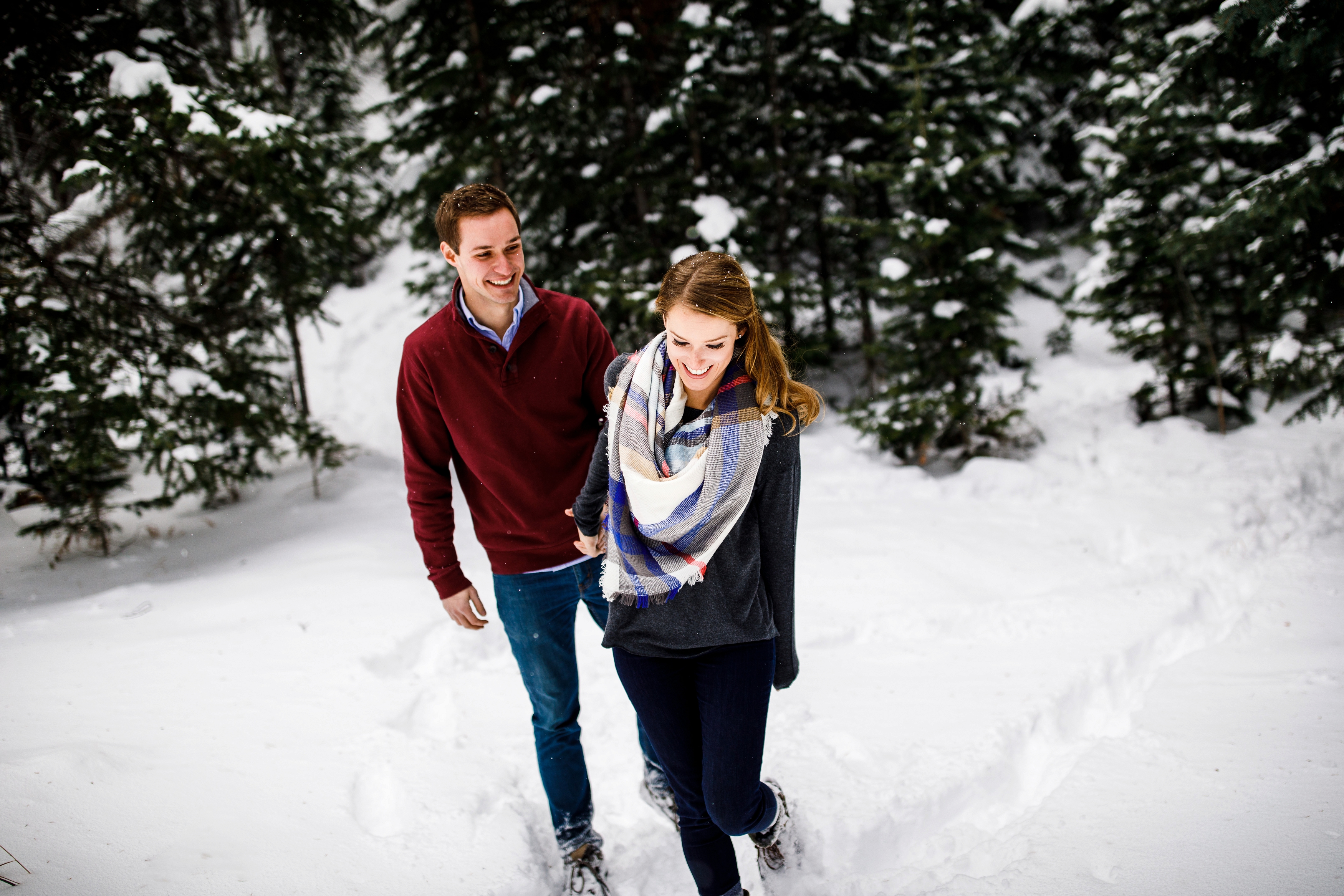 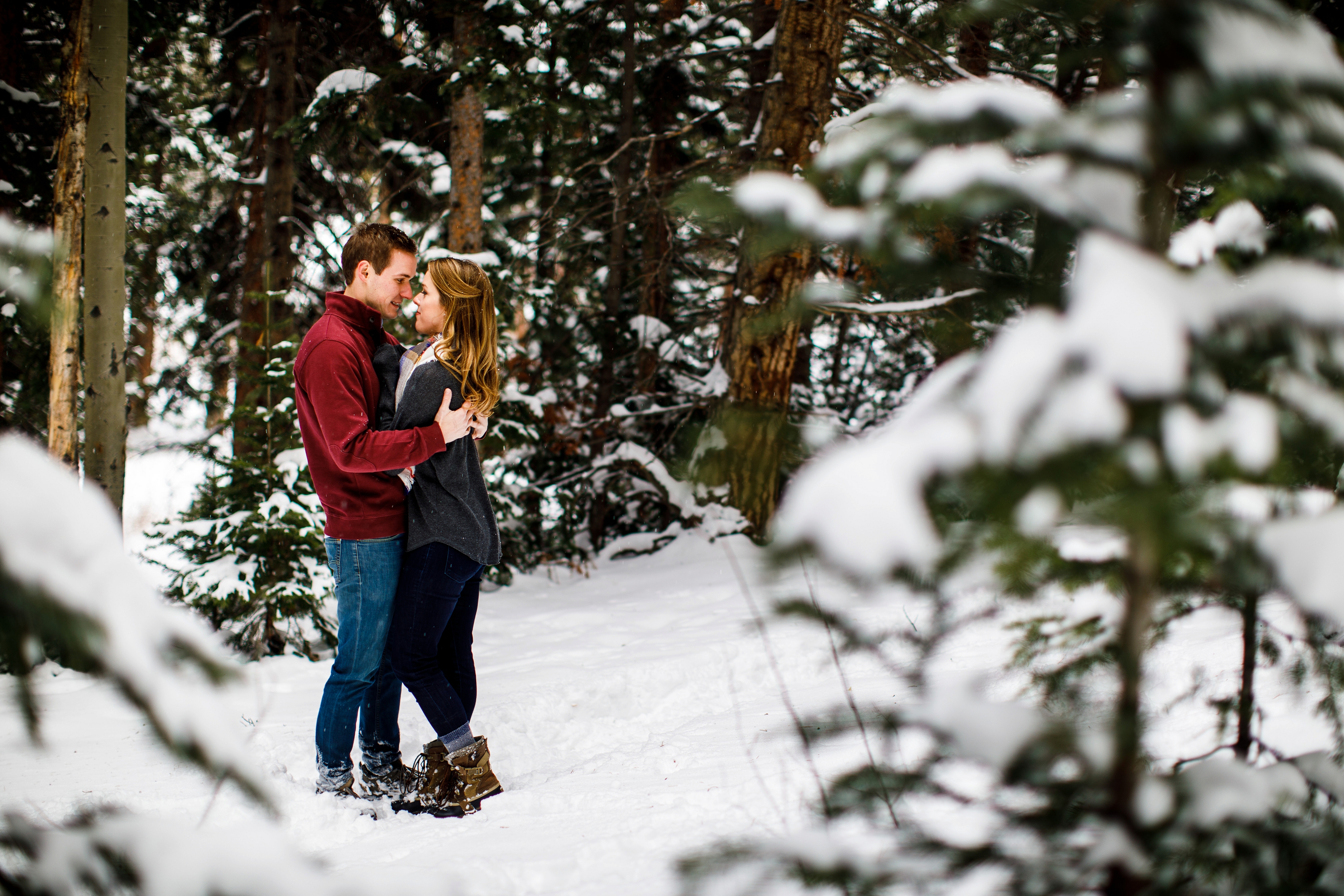 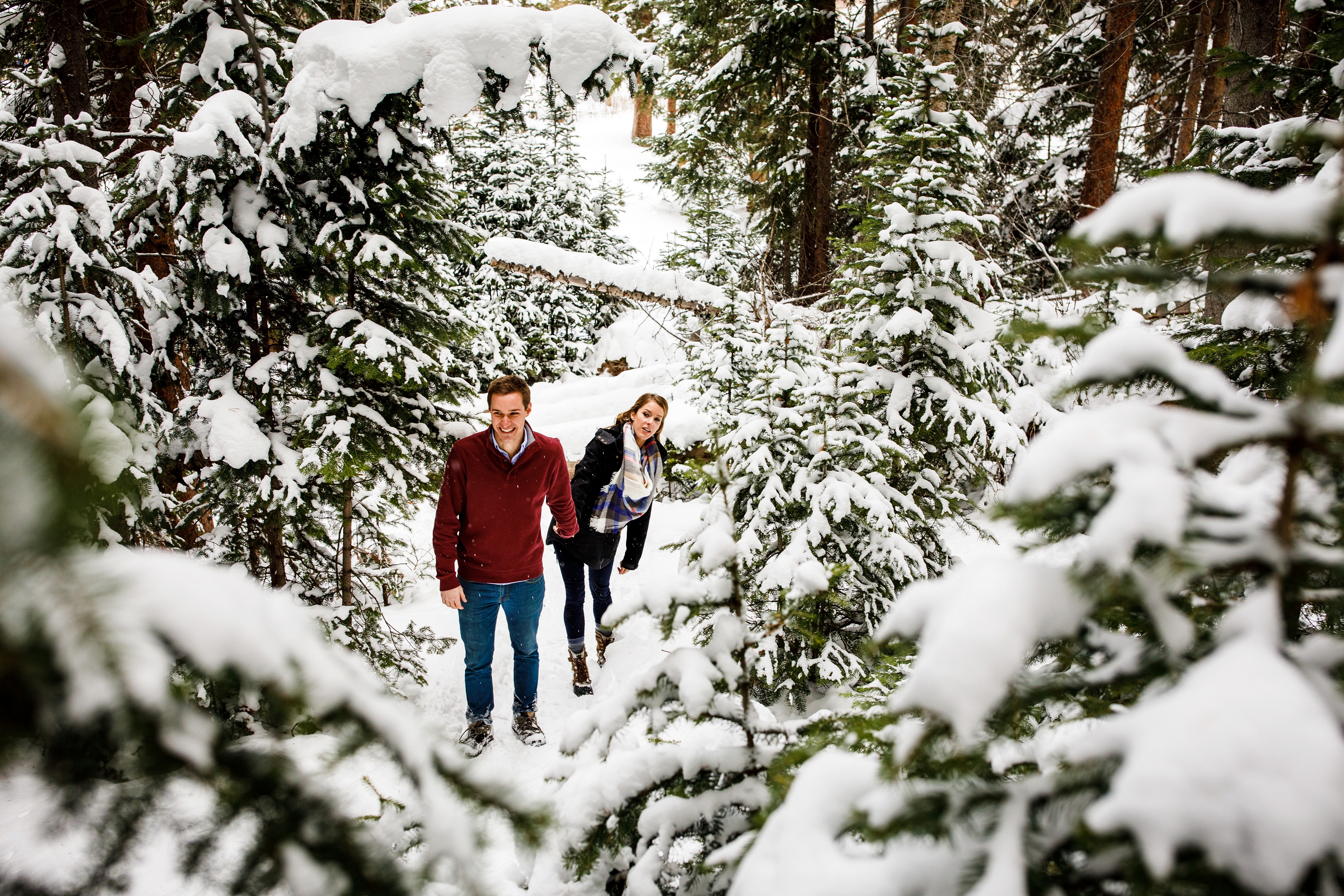 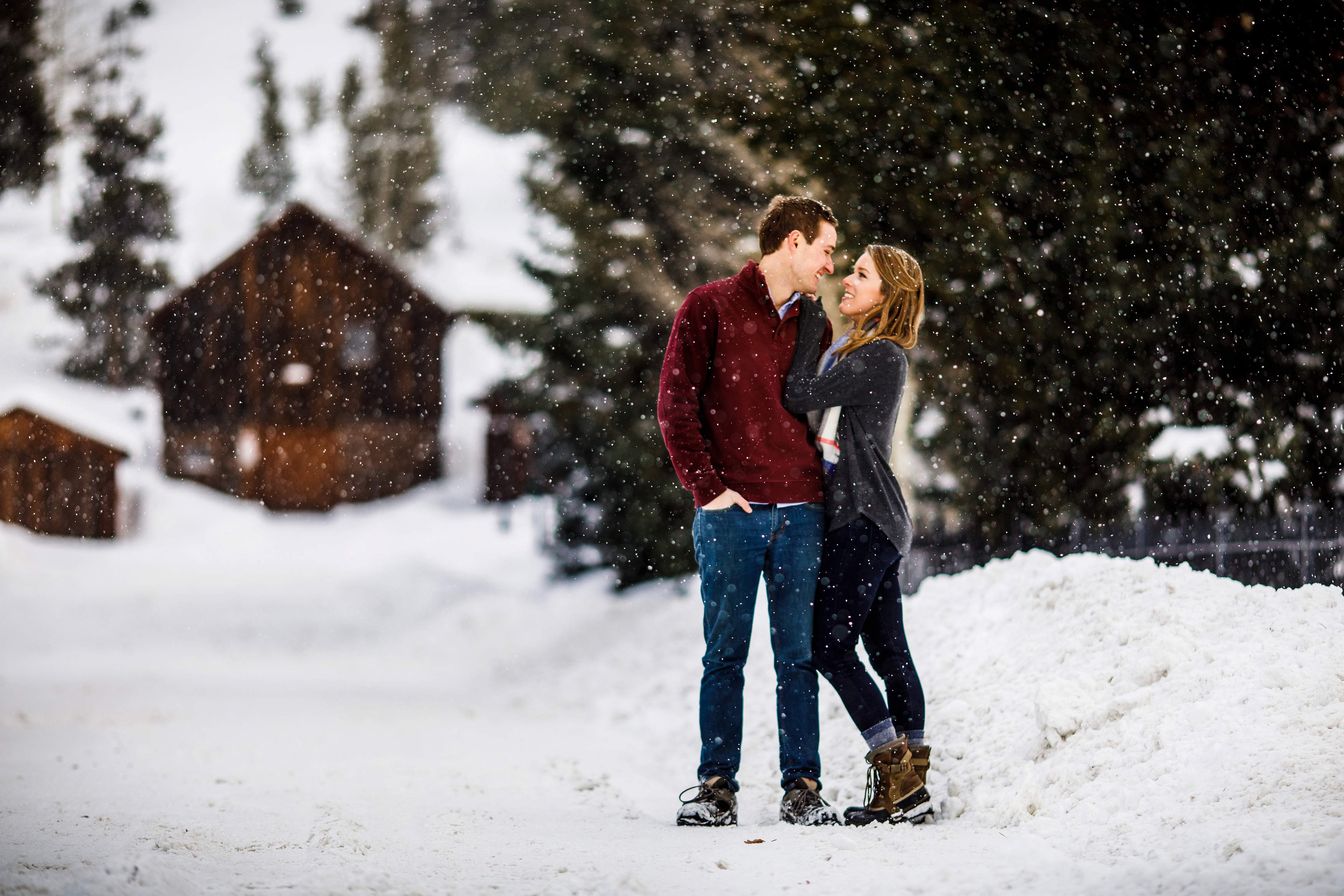 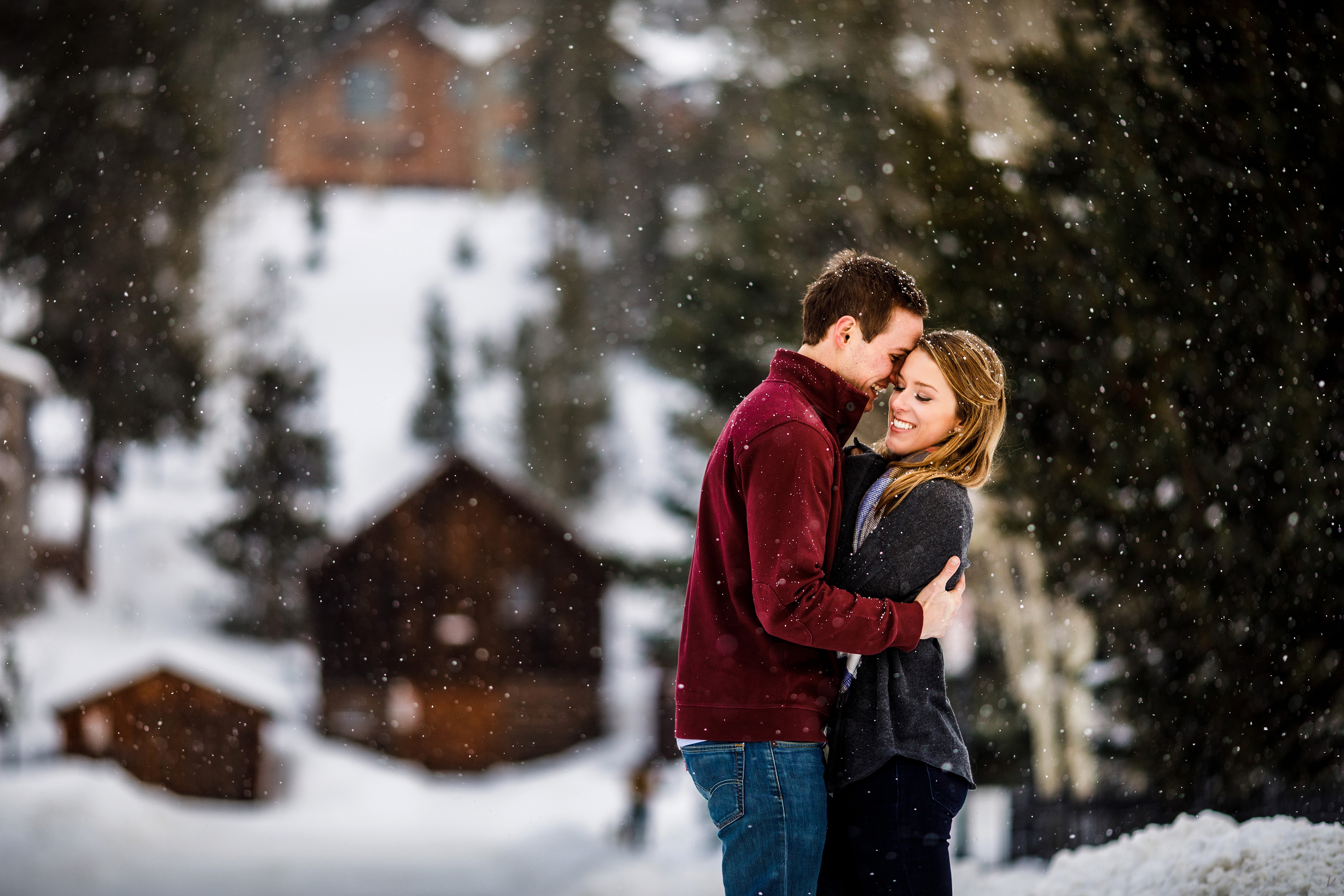 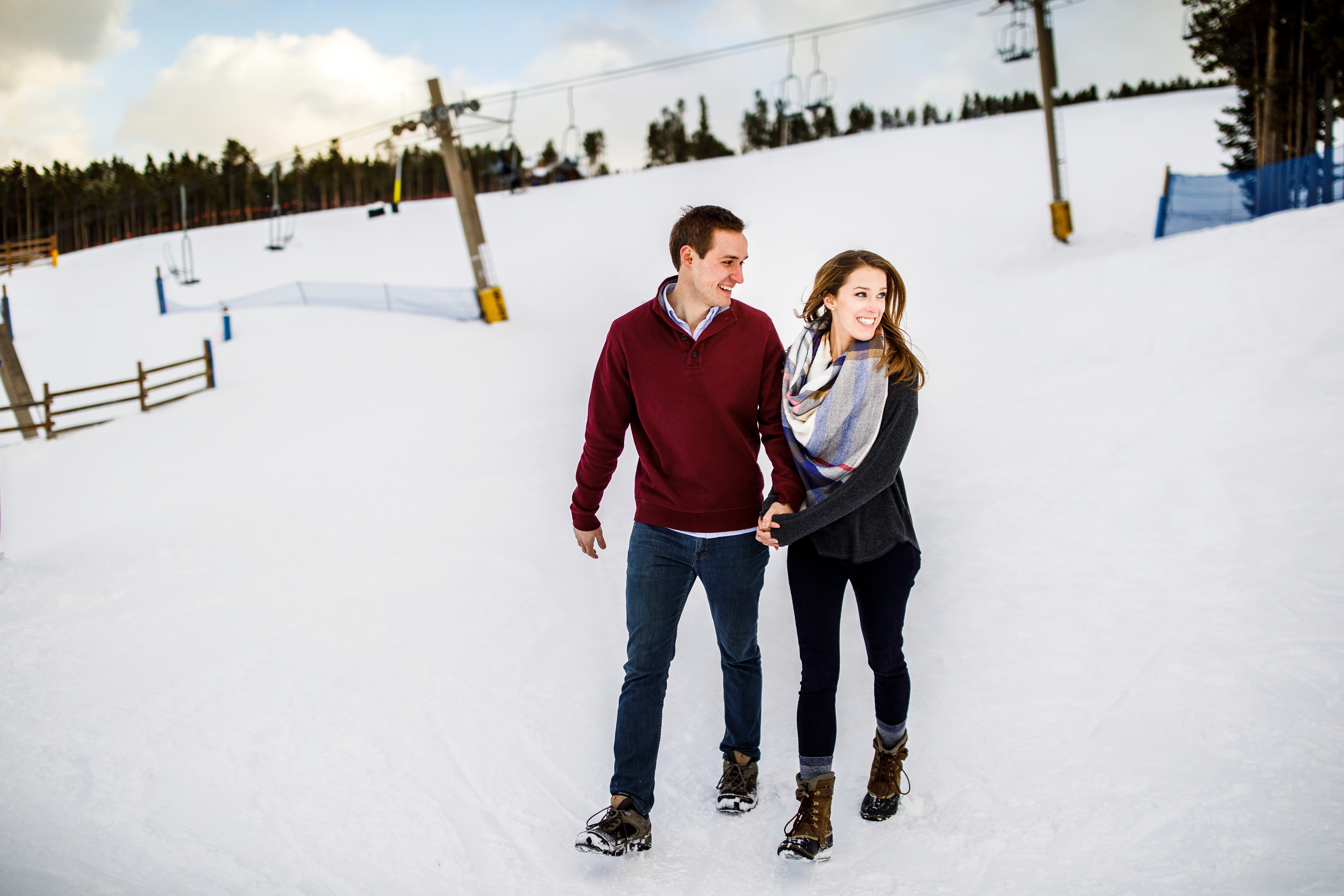 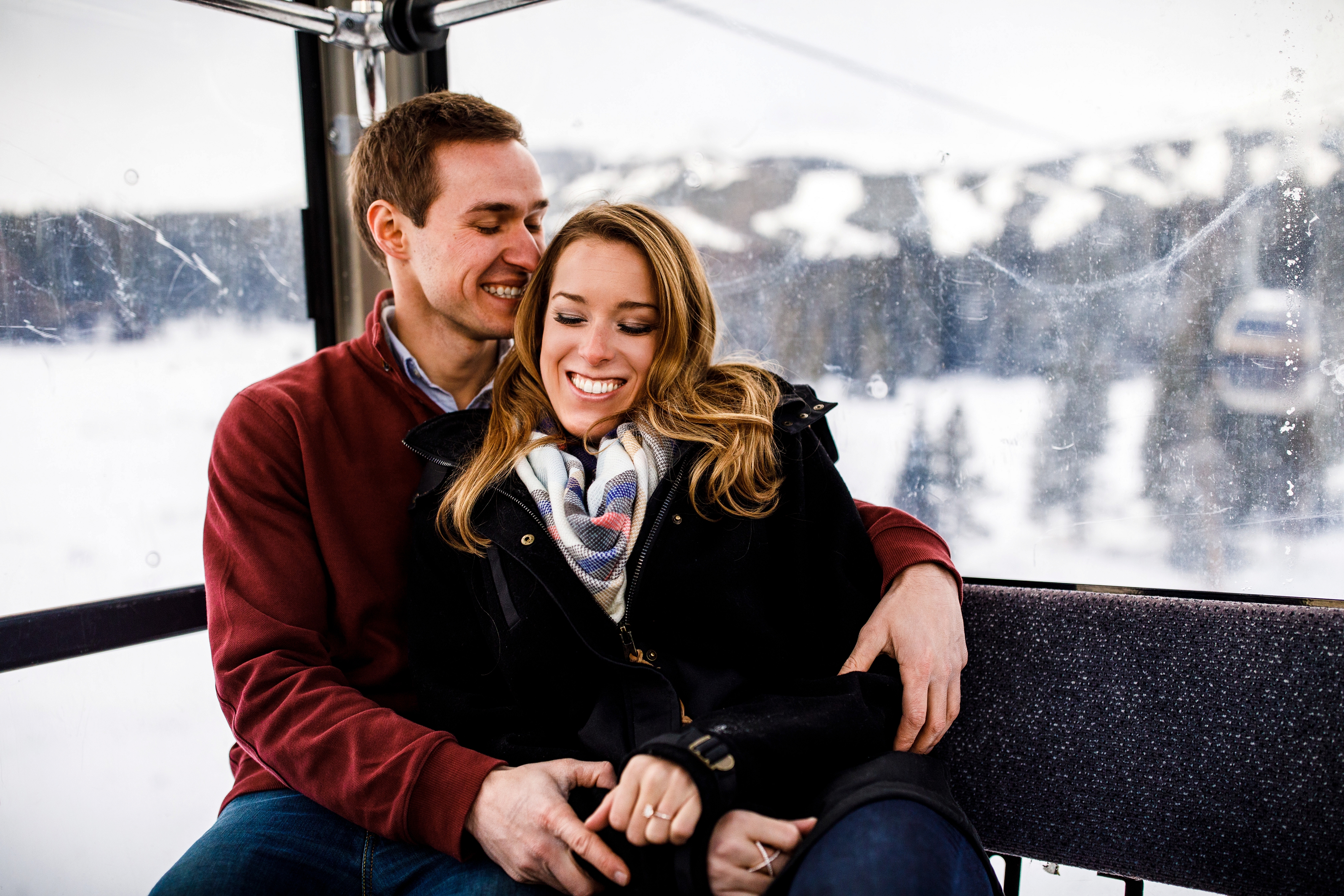 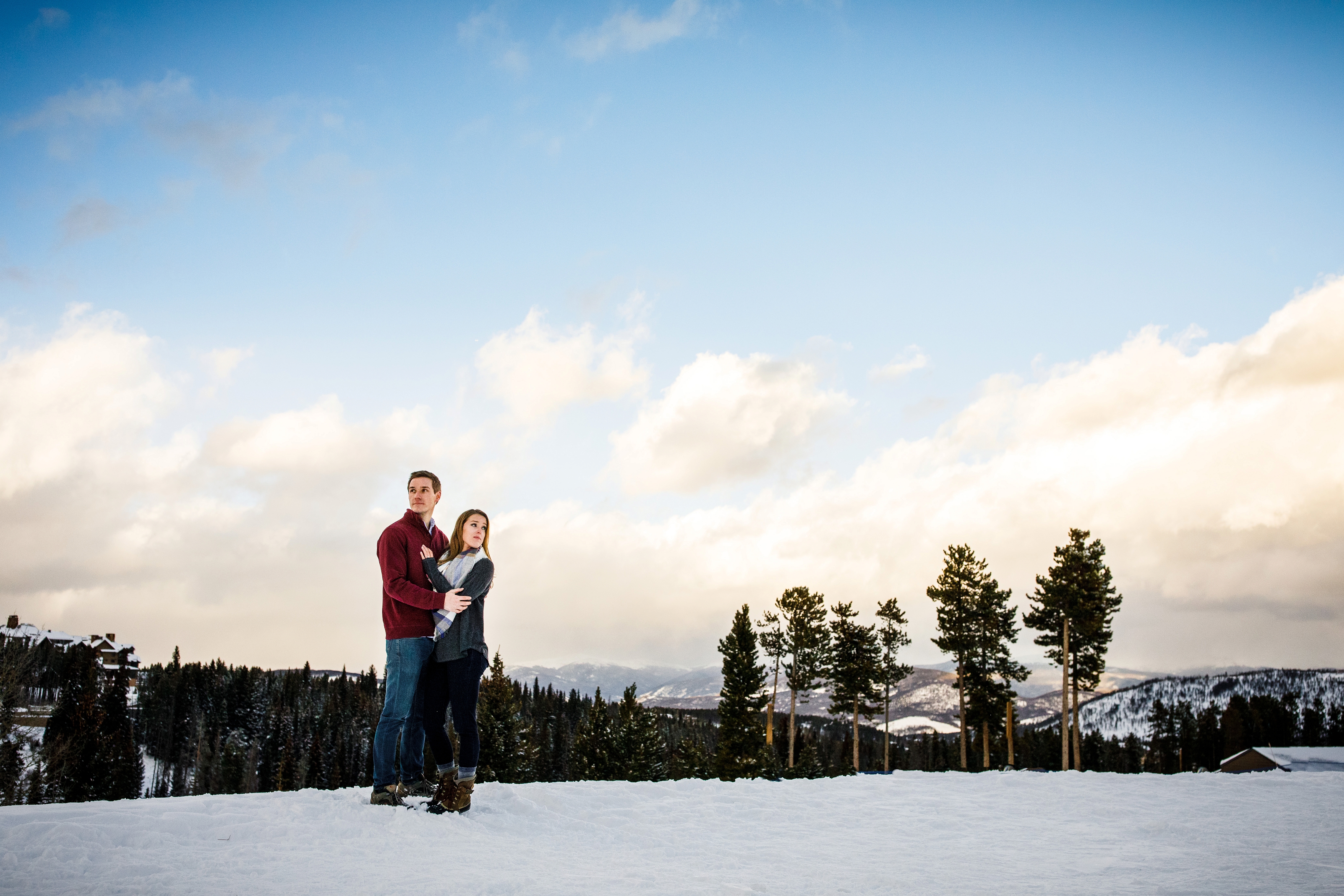 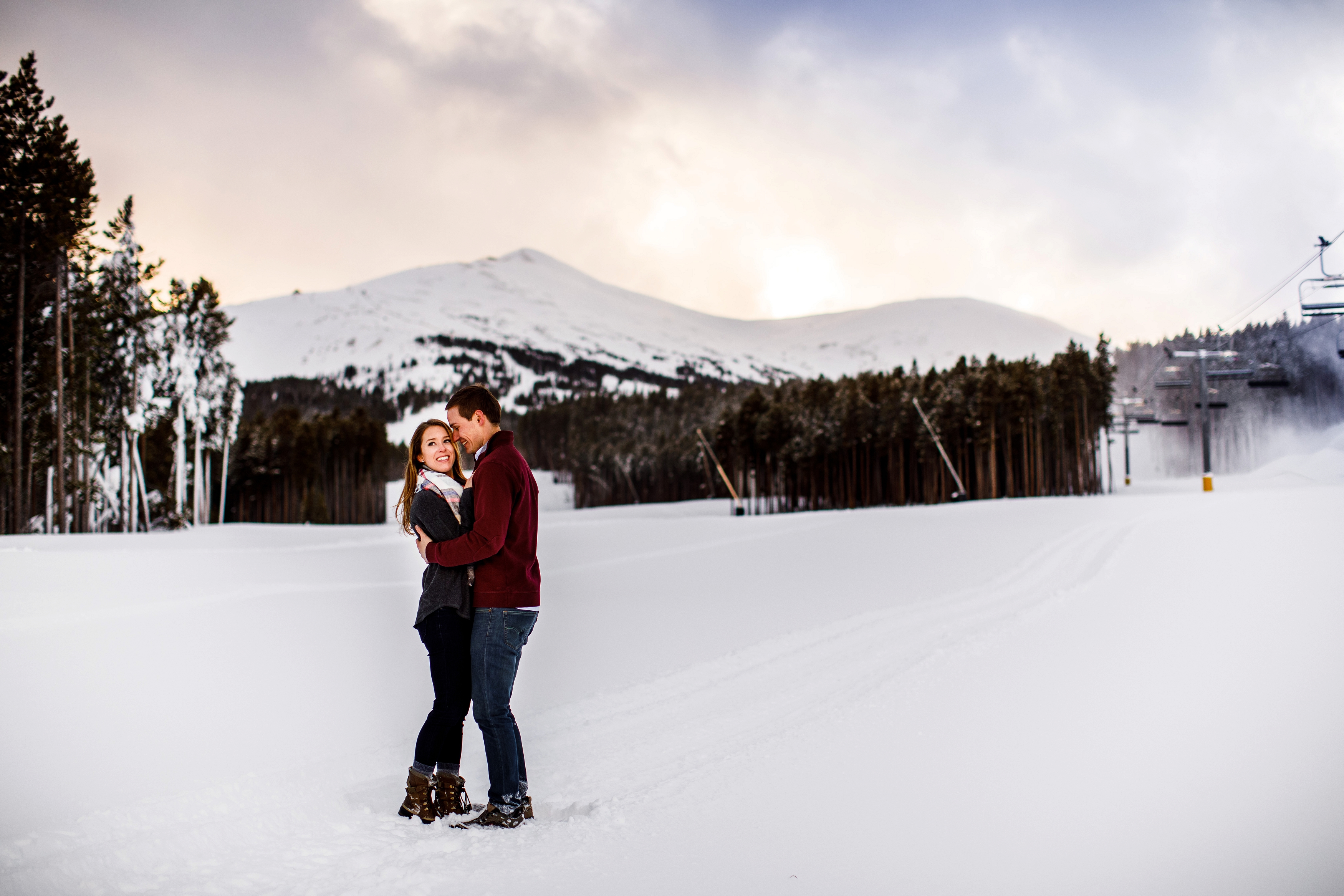 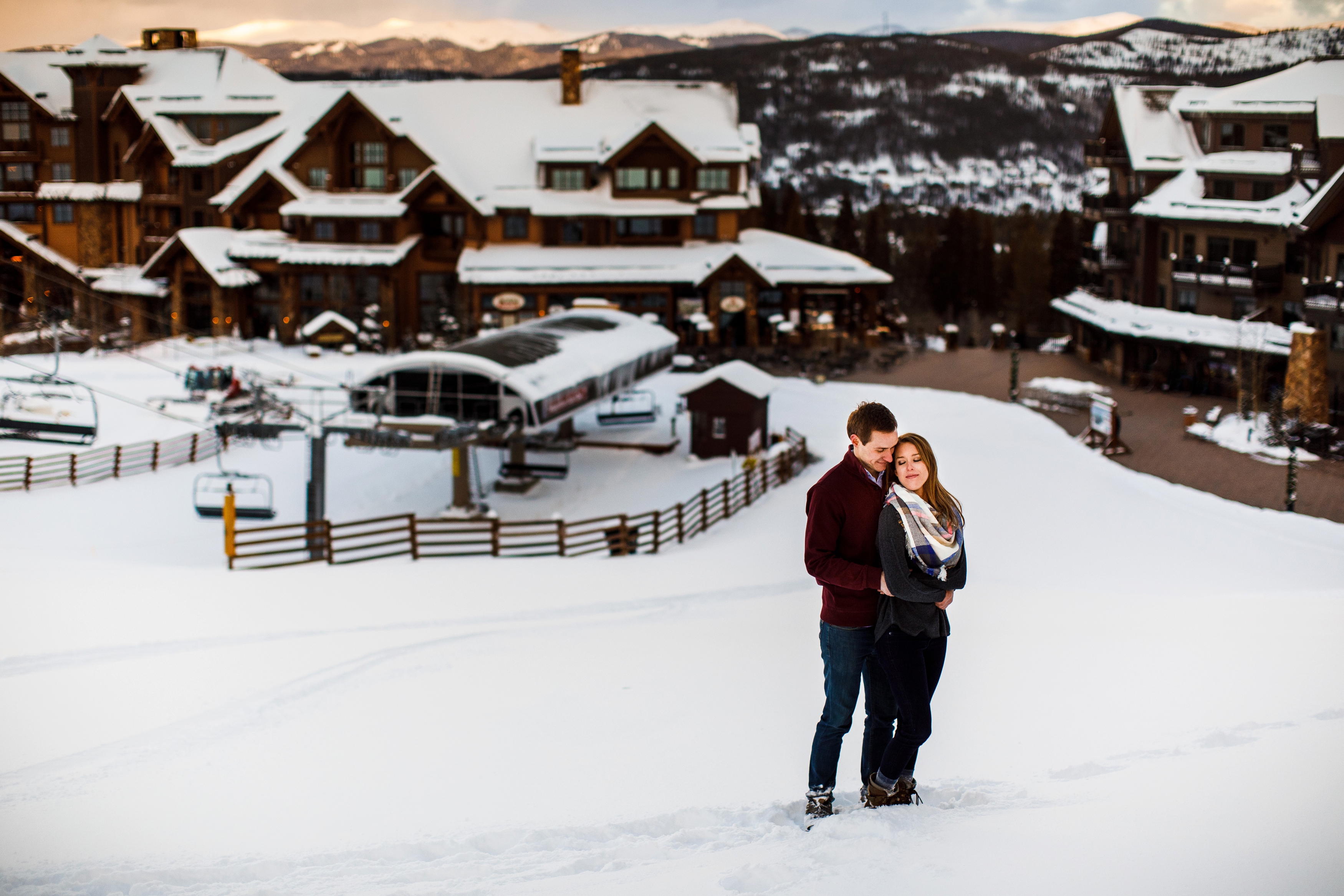